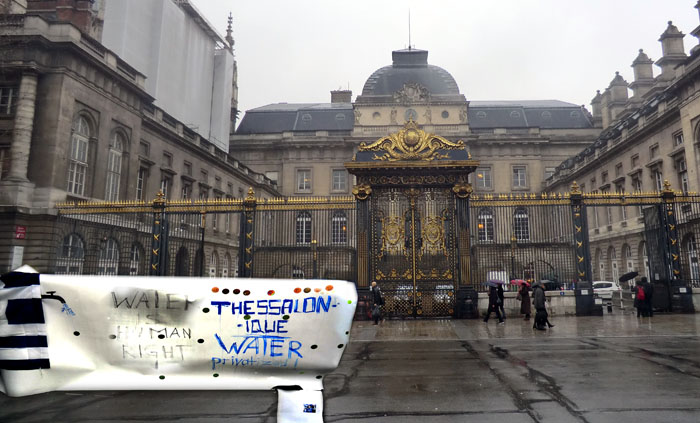 28 March 2013: The private French water company Veolia has lost three out of four of its charges against the film "Water Makes Money" and filmmakers Leslie Franke and Herdolor

Lorenz. In the most important point, the French courts declared in Paris today that the facts presented in the film justify the use of the term 'corruption', and that the filmmakers may continue to use this term in the film. The courts pointed out the conflict of interest between politics and business, citing several specific instances of corruption.

In one point, however, the courts upheld Veolia's claims. Even though the court proceedings made clear that Veolia uses bribes on a regular basis, the court ruled that this passage must be deleted from the French DVD version. All the other versions, including the French and German versions broadcast on Arte as well as the various international versions will most likely not be affected.

Shortly after the court proceedings in February, a highly-professional team of hackers attacked and completely destroyed the film's website www.watermakesmoney.org and various other websites operated by the filmmakers.